Almost ten years ago I posted about scientists in Congress - at the time, there were four. I posted again four years ago, when Rush Holt was running for US Senate. His leaving Congress brought the number of scientists down to just one the following year.

Originally starting from just curiosity, I was dismayed by how few there were! I knew there weren't enough, since it was already showing quite obviously by 2007 that Congress did not have enough scientific perspective, but I though out of the 535 there would be, maybe, 15-20 scientists. In fact I don't think we've had more than 5 at the same time in decades. Maybe the next Congress will change that?

Donald Trump's War on Scientists Has Had One Big Side Effect: More than a dozen Democratic candidates with scientific backgrounds are running for Congress.

This article conflates "scientists" with a broader range of STEM fields. We actually already have a few engineers in Congress, and this article includes engineers, as well as doctors (of which we have even more - but many of them clearly don't have a scientific outlook). But even if you discount those, there are more people with a science background running than anytime I'm aware of, at least in decades. Let's keep an eye on this and see how it turns out in 2018.

P.S. The only scientist I'm aware of in Congress currently is Bill Foster, the same one who was first running for the office when I posted ten years ago. Are there any others you know of?

I'm looking for a credit card with these features: 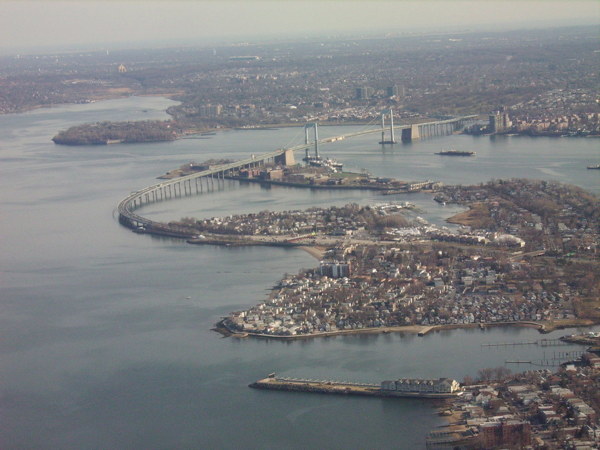 Four photos from a very old folder. Based on the date, I'm fairly sure I took them on the flight home to Boston from attending Minicon in Minneapolis with

silentmachine. But I can't find any record of that flight so I don't know what stopover city I might've gone through. Click on the image to see all four photos; do you recognize those bridges?

Edit: Commenters have identified the first bridge as the Throgs Neck Bridge and the second one as the Verazzano Narrows Bridge (both in NYC).

Since a lot of people got different usernames on dreamwidth than they
had on LiveJournal (some because they could finally get the name they
always wanted that was taken on LJ, some because their LJ name was
already taken on DW, and some because they just felt like a change),
I now see more names on my reading page without remembering who they
are, even though I probably know them.

Maybe that means it's a good time for that old livejournal game from
a decade ago, where people post comments saying how we met or got to
know each other, online or off. As a side effect, I'll also figure
out which real-world person goes with that username, for those whose
dreamwidth usernames I don't know or remember.

I haven't been reading dreamwidth nearly as much as I used to read livejournal, because I find the default reading page really hard to read, and it kind of repels me. Due to the unpleasant experience, I just don't visit as often. But I haven't had time to try to figure out how to fix it, and the few FAQs and settings I found were either confusing or just didn't seem to address the issue.

On LiveJournal, I had a "friends page" setup that worked really well for me, for many years. What I liked about it that I wish I could have here includes:

Is there any way to make my reading page on dreamwidth like that? What do I need to do?

I've stuck with LiveJournal all these years largely because that's where more of the people I know and read still were. But the new Russian terms of service are driving so many to Dreamwidth that the balance has shifted.

And the new Russian terms of service... they say political advocacy is prohibited. That's more than 1/4 of my posts. I have a feeling they really only care about getting Russian activist bloggers and won't bug the English language livejournals, but who knows; my account risks getting deleted or locked for violating the new terms.

So I've imported all of my old posts to cos.dreamwidth.org and set up automatic crossposting to LiveJournal. I'm going to post there from now on, and hope you'll follow me there if you read me on LJ. If your DW username doesn't match your LJ username, comment on this entry using your LJ account telling me what your DW username is.

I'm going to keep my used VW Passat wagon here in Cambridge so I have a car when I'm visiting home, and planning to buy a new car in Seattle. I don't know that much about cars, and haven't bought a new one in nearly 20 years (the VW is a 2004 I bought used in 2009 from an acquaintance) ... so I don't know much about the cars that are out there now, even if I buy used again.

Maybe if I tell y'all what I want, some of you may have opinions or suggestions? Worth a try!

When Jeff Sessions was nominated to be a Federal judge in 1986, a Republican majority voted to deny him because he was too racist. Among the things that came out at his hearing were the time he prosecuted a group of black people doing a voting registration drive on trumped up charges (the jury quickly voted them not guilty on all charges), the time he called a white civil rights lawyer "a disgrace to his race", and that he thought the KKK was okay until he learned they smoke pot.

Now Trump has nominated Sessions to be Attorney General of the US, and it's going to take a couple of Republican votes to stop him, just like it did in 1986. Confirmation hearings are scheduled for Tuesday, so the more calls senators get about him on Monday, the better our chances.

In addition to hhis racism, those things that came up in 1986 are quite telling in other ways...

His hostility to the right to vote has been fierce and longstanding. Harassing innocent voters and trying to prosecute black voter registration is just part of it. He opposed the Voting Rights Act when it was originally passed, and he praised the Supreme Court's 5-4 decision gutting a significant portion of the Voting Rights Act in 2013. Now he's trying to head the Department of Justice, responsible for enforcing the Voting Rights Act, which will allow him not to enforce the remaining parts of it.

He seems to think smoking marijuana is much worse than being racist. "Good people do not smoke marijuana", he said. Obama's Justice Department decided to leave Colorado, Washington, and other states that vote to legalize marijuana in peace, even though they could've continued to prosecute people in those states under Federal law. Jeff Sessions would like to kick the war on drugs back up a notch, and as Attorney General, he could do it.

If you want him stopped, call your US Senators on Monday! (To find their numbers, go to senate.gov and select your state from the "Find Your Senators" menu at top right.

Also, think of who you know who lives in Pennsylvania, Maine, Arizona, or Alaska, and ask them to make calls. The Republican Senators I think most likely to vote against Sessions are from those states. [Maybe also Rand Paul of Kentucky, if he sticks to his principles against the war on drugs, but he would love to have an ally against voting rights, and his father published a white supremacist magazine that he never really condemned, so I don't expect it from him.]

My mother who had a career as a school psychologist, moved to Southern Maine in her forties, having lived in Cincinnati since girlhood. Early on, she was testing a kid, and asked him, "Can you tell me what a hat is?"

The kid answered, "A haht? A haht's what beats in your chest!"

The thing is, when I tell that story to native New Englanders, they don't get it. "That's a perfectly good answer for a kid!"

I'm transferring to a team at Google Seattle, much to my surprise (well, to the surprise of me a month ago or anytime in the past few decades, more accurately). Planning to move there, along with Alice, around early February, but keeping the house in Cambridge with intent to return in a few years...

Oh, we also have to figure out how to move a cat.
Collapse